200 多名小选手齐聚活动现场，准备对决高下。 More than 200 young players from Lanqing Brain Science Education and other institutions gathered at the event site to prepare for the showdown. 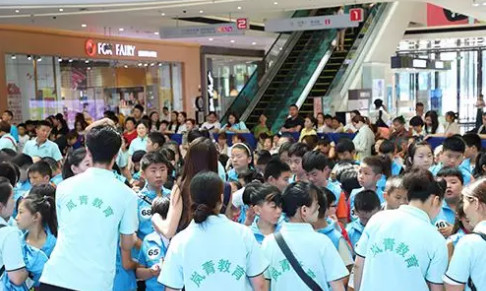 活动现场人头攒动气氛热烈 ▲ The crowd at the event was warm and enthusiastic. 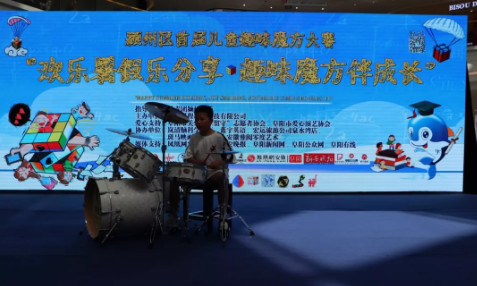 
" 志愿者协会秘书长管晓燕女士赠送一幅剪纸作品给主办方，并发表致词，希望青少年暑期生活丰富多彩，小选手们个个获得好成绩，祝比赛圆满成功。 Ms. Guan Xiaoyan, the inheritor of non-heritage culture paper-cutting, and the secretary-general of Fuyang City's "Three Stays " volunteer association, presented a paper-cut work to the organizer, and delivered a speech, hoping that the youth's summer life will be colorful and the young players will get good Results, I wish the competition a complete success. 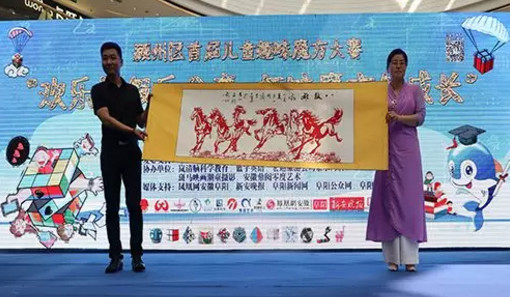 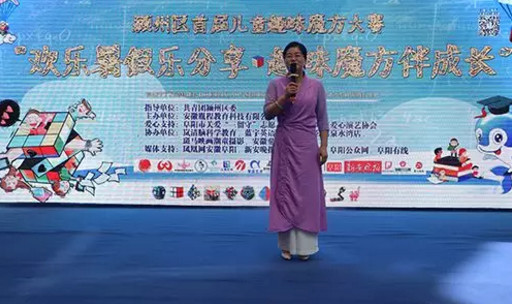 Xu Lei, Chairman of Fuyang Love Performing Arts Association, expressed his sincere blessings and expectations to this competition, hoping that the children will have a fun and safe summer life. Escort for this event. 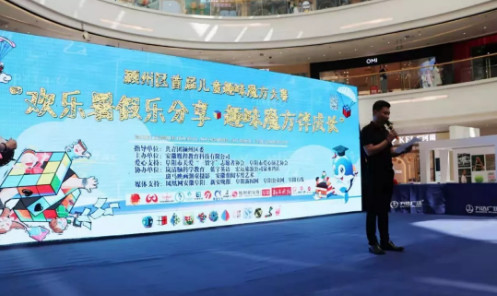 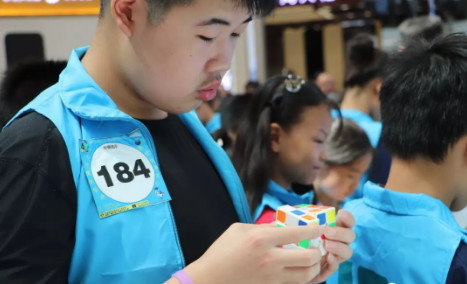 The atmosphere of the competition was lively. The rapid rotation of the Rubik's Cube and the encouragement of parents seemed to be as exciting as a symphony! 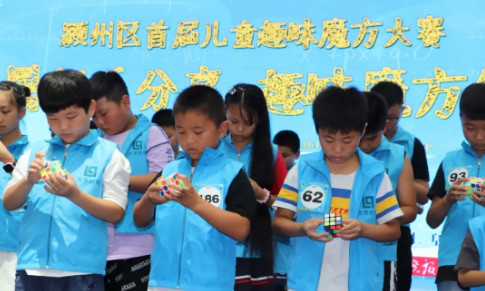 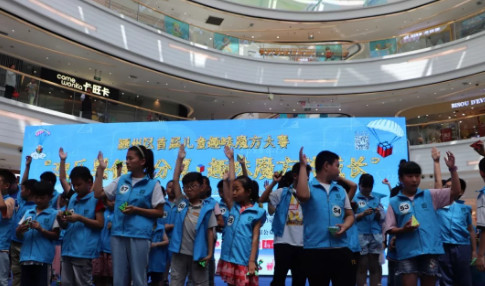 才十几秒钟功夫就有许多胜出举手的小朋友 ▲ In just ten seconds, there are many children who win hands


The atmosphere of the competition was lively. The rapid rotation of the Rubik's Cube and the encouragement of parents seemed to be as exciting as a symphony. The time was passing fast. The parents at the scene counted down the last time for the children. The exciting clicks pushed the atmosphere to a climax. . 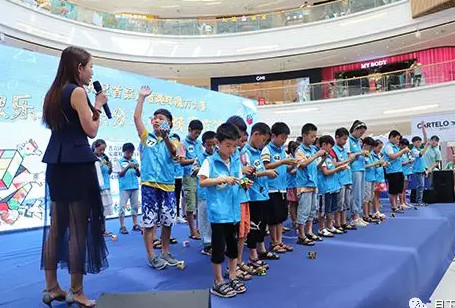 "Since the child has learned the Rubik's Cube, I feel that my child has become smarter," said the mother of a young contestant at the scene.

校长宫保辉介绍：我们一直 秉承“让孩子健康、智慧”成长的核心价值理念，积极为社会培养人才，始终坚持“用心做教育”， 课程形式多样 ， 学习资源丰富； 并有专业的服务跟进系统和随时了解学员情况， 针对孩子的不同情况进行个性化教育。 According to Gong Baohui, the head of Lanqing's brain science education , we have always adhered to the core value concept of "making children healthy and intelligent", actively cultivated talents for the society, and always adhered to "education with heart." The curriculum has diverse forms and rich learning resources; And there is a professional service follow-up system and learn about the students at any time, and carry out personalized education according to the different situations of children. Committed to developing into a whole brain science education development company.

The contestants in this competition showed their style and level, which made people feel the joy and magic charm of Rubik's Cube. 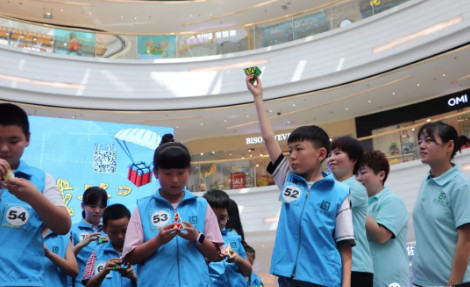 第一个举手成功啦 ▲ The first one raised his hand successfully 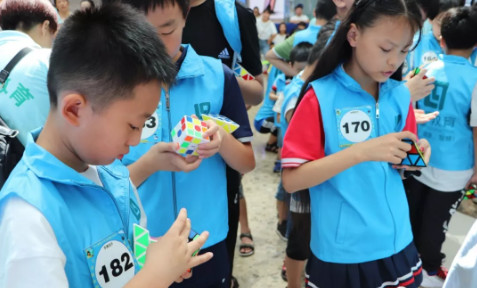 
Teenagers and children have many benefits to learn Rubik's Cube. It can not only train hands, eyes, heart, and brain, and enhance children's memory, it can also cultivate children's three-dimensional thinking ability and perseverance. It can also keep children away from mobile computer games It's a great intellectual game for all ages.
Come join the Rubik's Cube team!

Source: The Sound of the Moon