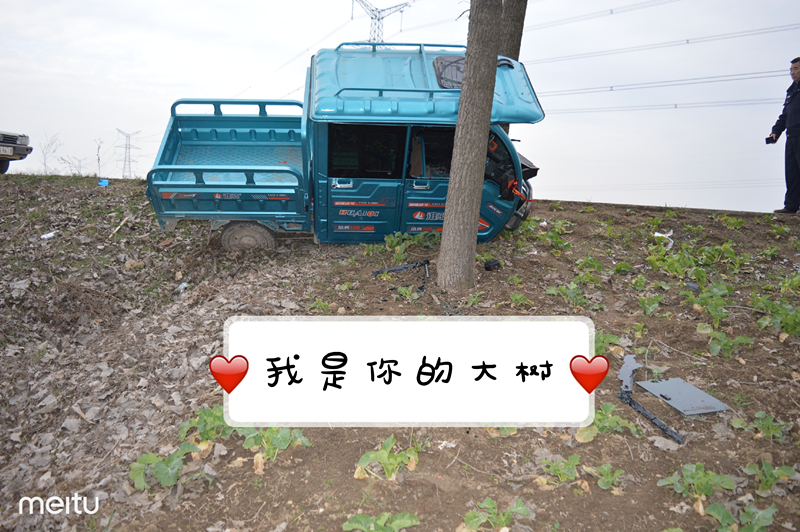 On March 27, a young man in Ranmiao Township got up late with his wife after drinking home the day before. He was absent-minded when riding a bicycle to work. When he found that he had deviated from the road, it was too late. Between two trees.

The Ranmiao police station surveyed the scene and found that the windshield and bumper on the front, right side of the tricycle were damaged to varying degrees, but fortunately no one was in trouble. Thanks to this big tree, otherwise the young man might even lead a car into the ditch below. 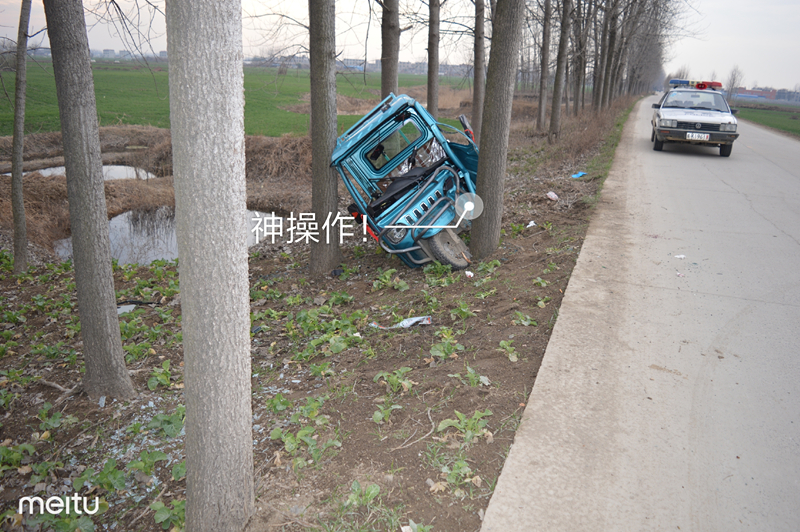 With the help of the police and the enthusiastic masses, the tricycle was pushed on the road. After expressing his thanks, the man couldn't help sighing: "It's harder to explain this time! 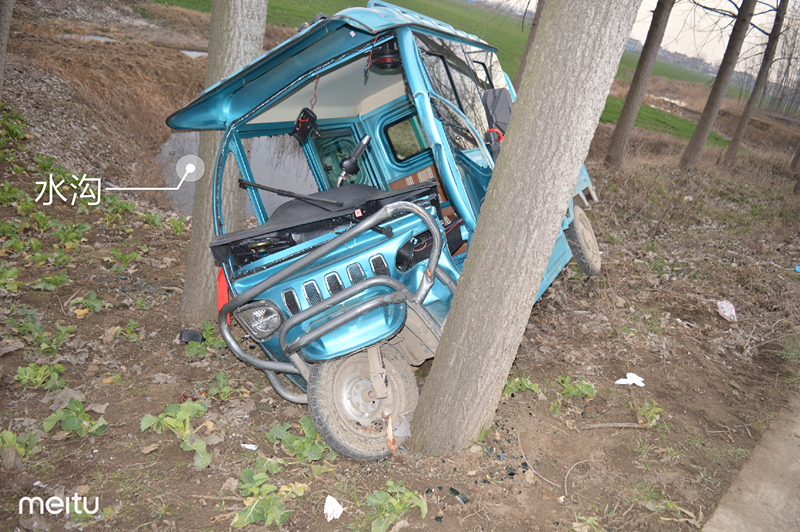 Fuyang guy operated the tricycle to drive into the tree and asked the police to help. "